The Widow’s Tax Repeal: What you Need to Know 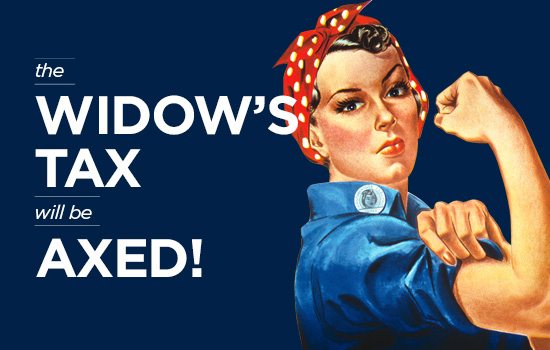 Alexandria, VA — The National Military Family Association (NMFA), a nonprofit that works to strengthen military families, is celebrating a major win for the widows of America’s service members. In the FY20 National Defense Authorization Act (NDAA) conference report released Monday, December 9, the conferees repealed a decades-old injustice that took money from the pockets of surviving spouses.

The creation of the Survivor Benefit Plan (SBP) in 1972 was NMFA’s first legislative success. SPB allows a military retiree or retirement-eligible service member to ensure a continuous lifetime annuity for their dependents. However, a VA benefit called the Dependency and Indemnity Compensation (DIC) offsets the money a widow would receive from SBP, dollar-for-dollar. This offset is sometimes referred to as a “widow’s tax.” SBP and DIC are different programs, paid for by different federal agencies…